And Now It Be June

Bob ended May with a bang.  Robert and Amanda (plus teenager, toddler, German Shepherd and cat) have returned to the State from Naples.  In fact, Robert retired from the Navy, so the return got a little complicated (really?  The military, complicated?)  It seems that Robert had to return to Norfolk for outprocessing,  while Amanda and the rest needed to go to Mexico Beach, where the crowd will be living with Bob's sister while they job- and house-hunt.  So the issue became--how to get them down here?  Problem is large dog crate--too big to go on small planes that fly into Tallahassee or Panama City.  And Virginia to Florida is a heck of a long drive for Amanda to make on her own.  So Uncle Bob went to the rescue and flew up to Virginia.  Oddly enough, it made more sense to break the family up even more at that point.  In order to fit everybody, they would have had to rent a minivan (which is about $100 more a day than an SUV) and because of the toddler they would have had to take two days to come back (so hotel and meals).  It actually cost less to fly Amanda and Zeke home and have Bob get an SUV for the dog, cat, and Dane.

And there were minor complications.  They were due to fly in on May 26, but the flight got changed to the 27th.  Doesn't seem like much, but it meant that Amanda of course would miss her flight.  And Bob had to stay an extra day--usually not a problem but because it was over the Memorial Day weekend his hotel didn't have a room for the next day--in fact, no motel anywhere near had a room for Saturday night, so he had to book at another hotel for the two nights and cancel at the first hotel.  Made the call.  The person at the hotel said that because Bob had booked through Delta, he had to cancel through Delta.  Couldn't do that online.  The nice people on the help line couldn't do it.  Long story short--two computers going, two phones going, and two hours later I finally found a nice robot that could cancel the room.

Everything was easier after that.  Dane was very impressed (and was emailing his friends on his phone) that his Uncle Bob found his way home using a MAP.  A folding paper one.  It reminded of us when Bob took him out in the truck when he was about seven years old, and he was fascinated that you could roll a window up and down with a crank.

Meanwhile the garden is flourishing.  Look back on the entry for the end of March.  Two things there--starting the garden, and collecting worm compost.  Put the two together and you get this: 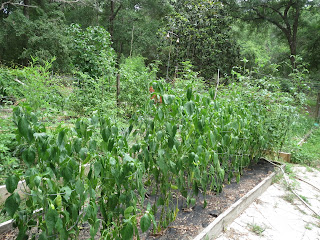 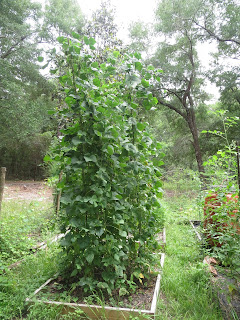 We're eating well.  Bob makes an amazing ratatouille out of whatever vegetables need eating (with the judicious addition of bacon or chorizo).  Yum. 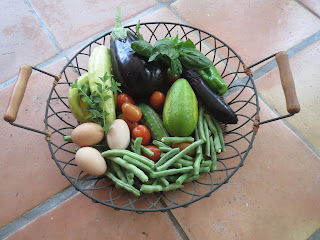 The model conference is this weekend, and I actually finished the 'Loom of the Valkyries" model.  I don't expect to win anything--compared with the skill and talent (and practice) that most modelers put into this hobby, my model is a little klutzy.  But it has it's own bizarre charm. 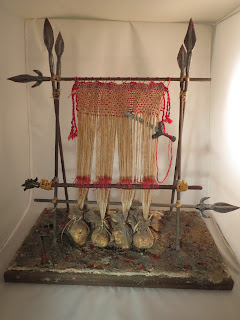 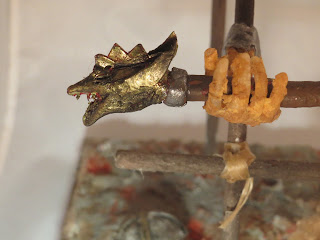 I'm especially happy with this dragon head, which is about 1/2" across.  And the little hands holding the staff 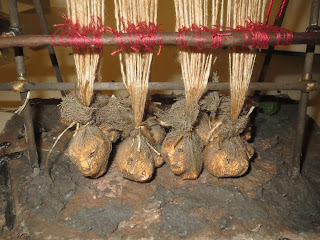 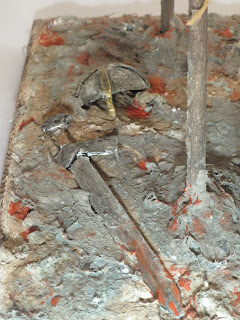 Notice the wee nasal helm as well as the sword in the mud.
Wonder if the judges will leave me any comments?


Reading  W.H. Hudson, "Green Mansions."  I really enjoyed his "Long Ago and Far Away."  He has the love of descriptive writing of the turn of the (last) century without the ponderous verbiage of the Victorian writers.  I have read it before--but it was in Reader's Digest's Condensed  Books when I was in high school--so I don't remember all the details  :-)