I have often told people that this blog is my  happy place, a recording of memories that I can go back and peruse and smile.  So I don't talk about anything sad.

But are endings always sad?  Is crossing a finishing line a bad thing, even if it means the race is over?

So here it is--deep breath.  It's not in the blog anywhere, but my mother passed away three years ago.  I miss her.  Always will.

But possibly not as much as my father did.  Had my mother lived three more weeks, they could have celebrated their 71st anniversary (I give her those three weeks, and say that it counts).  That's a long time to have someone always at your side (or at your back).  That leaves a lot of emptiness.

My mother's wish was that if one of them died before the other, that I would keep the ashes until they could be dispersed together.  I've done that.  Like she did so much in life, she has been waiting for my father.

The time has come.  Dad passed a week before Christmas.  It's not sad, really, and he was ready.  They both had long lives, well lived, and it was time to cross that finishing line.   I brought his ashes home yesterday, and put them with Mom's, and they're back together again.  They'll go out to the ocean soon.

I find it oddly sweet and comforting that yesterday, the day that once again they were side by side, was their wedding anniversary. 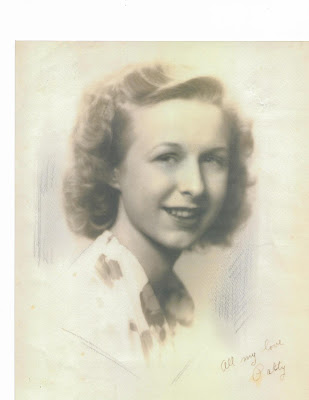 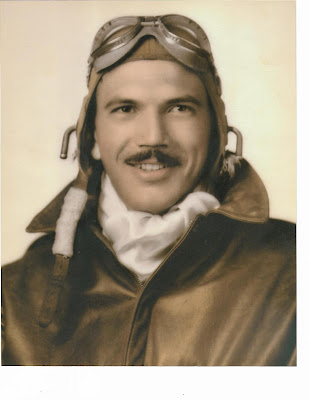 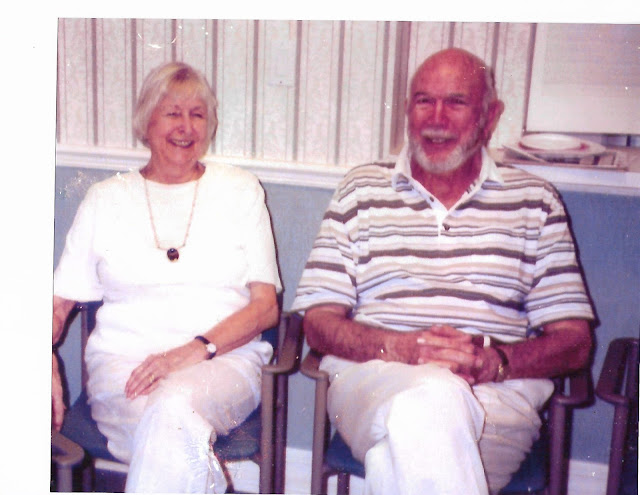 Sort of lost the end of the year there.  Whoosh! 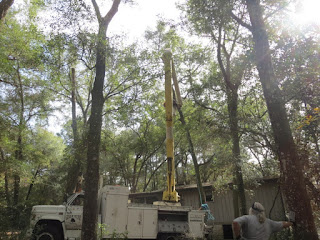 Some time between Thanksgiving and Christmas we, of course, decided that we needed some trees down.  I love my trees.  I love the fact that we can do Google Earth and see our property, but not our house.  But didn't so much love the occasionally "THUMP" as a branch would land on the roof, or the climbing onto the roof with repair materials and tar.  Really didn't love the way some of them were leaning far over the house, extending dead branches.  So we called in the tree guy.  Such things are always an adventure.  First thing that got me was Tree Guy himself--bit of a geezer with a huge truck, wearing coveralls, brandishing *two* chainsaws--and guzzling Perrier. 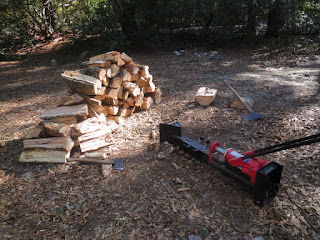 Over the course of the next 4-5 hours, four trees were topped off and dropped.  Other than the destruction of a few azalea bushes (one tree was growing in the middle of them) no damage was done.  Bob and I were kept busy dragging limbs and branches out of the way (no, we didn't really have to pitch in--but it made it a one-day job instead of a two-day job).  And now we're dealing with the aftermath.  Having the trees cut up and hauled off would have cost more than getting them taken down (which wasn't cheap).  And these were oaks.  Lot of good firewood in an oak.  *Lot* of firewood.  A tree is much bigger laying on the ground than it is standing up.  So we've been cutting and splitting.  We do have a hydraulic splitter but it runs on human power--mine.  It works, but by slowly pushing through the wood, not whacking it.  But we're getting there. 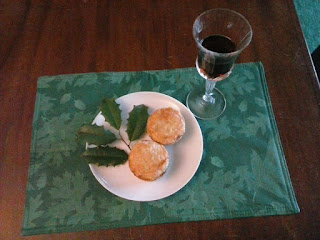 We had our annual tradition of watching "Hogfather" while eating meat pies and drinking sherry. I've gotten really good at the meat pies--almost a mincemeat, with sausage, apples, dried fruit, spices, and a bit of stout for the gravy.  In homemade puff pastry.  Sometimes I wonder why I don't do them more often--then I remember how much lard is in that pastry--no wonder it's good. 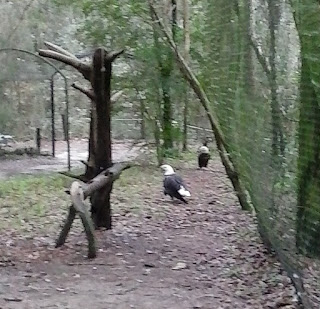 Our other annual tradition is helping out for a few days in the animal department at the museum.  They rely a lot on student volunteers and interns, who tend not to be available over the holidays.  It mostly means cage scrubbing and washing dishes, along with some vegetable chopping and prepping diets.  But who can mind scrubbing a cage when it's a cage like this 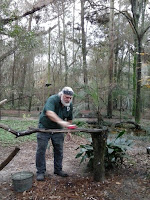 One of the things we got for ourselves for Christmas was a MIG welder--just a little wire welder, sometimes called the "hot glue of the welding world."  We got it all put together (with some assistance) , and while it looks good, we haven't yet managed to do anything that could actually be called welding.  We have managed to stick a couple of pieces of metal together, but the pieces themselves were sort of unrecognizable by the time we finished.  Practice, practice. 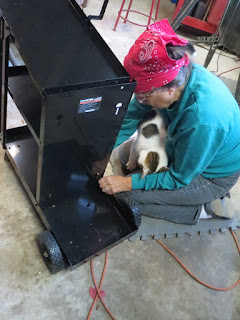 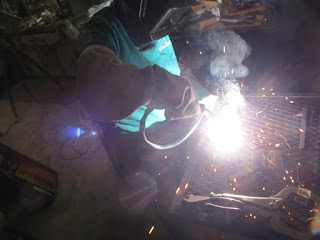 And, of course, Christmas itself happened.  We spent it with a few good friends--lots of laughter (some of it involving spraying of beer and, in once case, drooling), good food, fun presents. 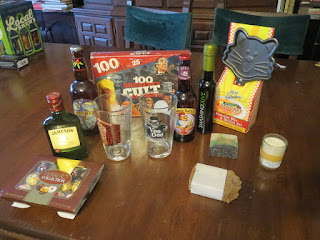 A collection of old "B" movies, homemade soaps, a cat pancake pan, alcohol of various types, and chocolate.  Good stuff.

Then there's the slightly stranger stuff. 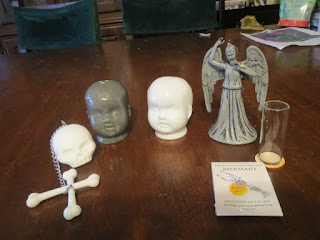 And finally, something that makes you wonder what your friends really think of you. 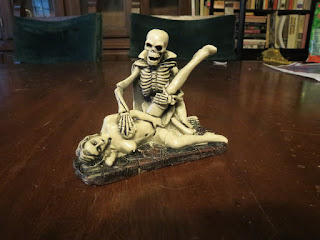 And, at last, the year ended quietly, with a pouring deluge on New Year's Eve that made us decide that staying home would be the best way to celebrate.