When I was a kid, one of the shows I loved was Mutual of Omaha's Wild Kingdom, with Marlon ("I'll stay in the tent") Perkins and Jim ("while I go wrestle the alligators") Fowler.  It was what I wanted to be when I grew up. 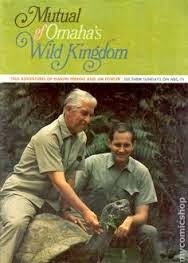 Of course, the reality is that most of us don't grow up to travel the world around to wrestle anacondas and get kicked by kangaroos.  But animal have always been a part of my life, from having too many cats to doing animal education at the museum and raising wee squirrels.
But sometimes things come full circle.  Marlon Perkins is long gone, but Jim Fowler is still around and kickin'.  He was in town yesterday to film some promotional spots for Amendment One (Land and Water Conservation).  I'm not usually one to vote for amendments, because I think constitutions should be clean and uncluttered.  But this will protect funds already in place--which at the moment can be siphoned off depending on the interpretations used ("isn't 'development' the same as 'conservaton'?)   But to hop off the soapbox--Fowler wanted to be holding a hawk for the filming.  The museum has a hawk (the one I helped train)--so we loaned her for the shoot.  And--of course, one of her handlers (ME!) had to go with her.
Have to admit--I really behaved like a 10-year-old.  And enjoyed it.﻿ 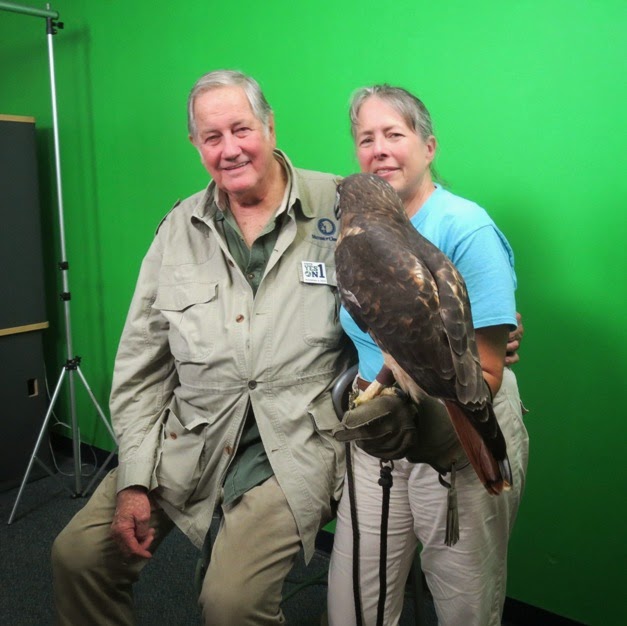 A Few Minutes of Fame

The new issue of Handwoven magazine is out--and I have an article it in!  It's about the shoulder panels I wove for the Knights of NI! in Spamalot last year.  Such fun to see one's name in print.

And a touch more fame--for now, at least, one of the banners for the website of the College of Human Sciences has my dress display.  Check it out at http://chs.fsu.edu/ 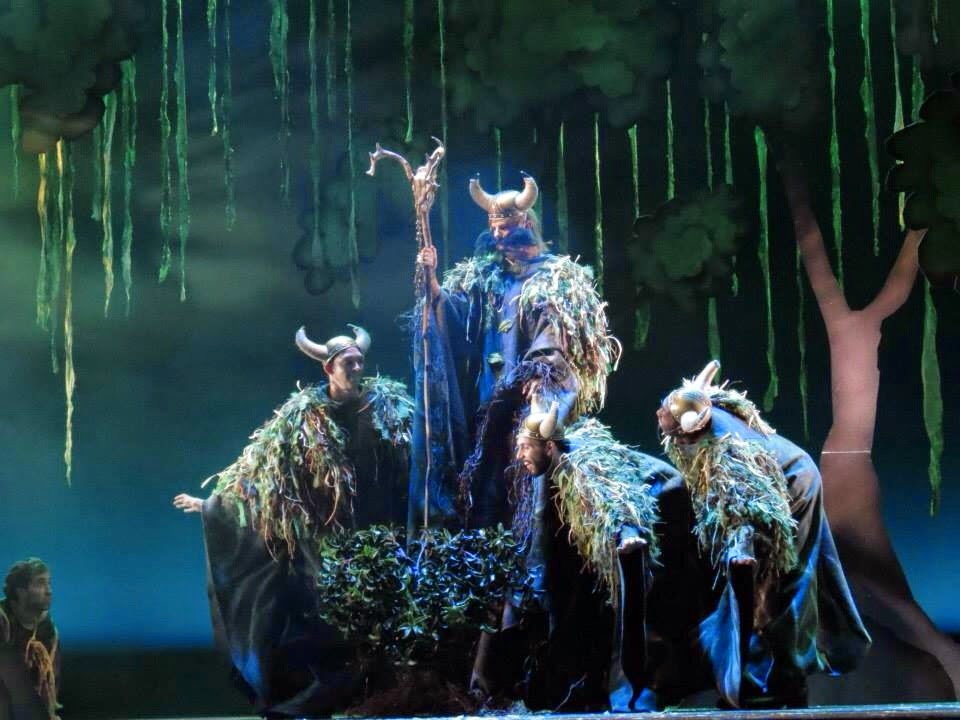 And here's the promised picture of Schrodinger Squirrel.  Now a lively 3/4 ounce. 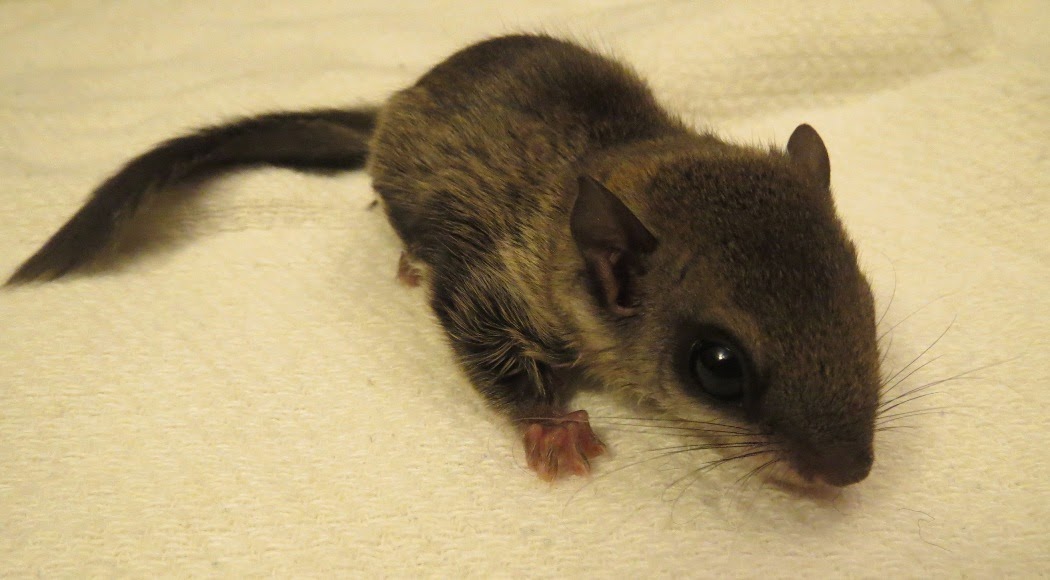 What I Haven't Blogged About

The guilt level is rising--been too long since I posted.  Actually, a good post with pictures takes me about an hour (because I'm a Luddite--I have to select my pictures, then downsize the file, then post them).  And I keep *meaning* to post but . . . . (fill in with choice of excuse here).

So a few recent highlights.  The Ice  Bucket Challenge.  For those of you who have been living under a rock, this is a challenge to raise money for ALS research.  If you're nominated you have to either donate $100 to the foundation, or, for a reduced donation of $10, have a bucket of ice dumped over your head.  My friend Gill got nominated, and we of course went to go watch--just to show moral support, of course.  So she got iced--at which point she nominated us.  What started out as a chance to laugh at a friend ended up with use coming home in wet clothes.  Being, however, that it was about 95 degrees that day, it felt pretty good after the initial shock.

Same friend also managed to get herself involved in another fundraiser (not including buckets of ice this time) called the BikeFest--celebrating all things motorcycle (proceeds going to Ability First).  Now, Bob likes motorcycles but not enough to own one, and I'm disinterested in them.  But the bike group that was running this is also the group that volunteers to provide security at our haunted trail, so we thought it only fair to volunteer at their event.  Bob times competitions in taking apart and then putting together brakes, and I ran a game called Splat The Rat (use your imagination--but no rats were harmed).

Work has picked up and I've been doing overtime sewing at the School of Theatre.  I've also taken over training the new volunteer animal handlers at the museum.  When I get home, I've been building Halloween props and costumes, and also making homemade self-drying clay to cast dozens of little skulls for kids to paint during the Howl.

This past weekend was spend building the sets for the trail.  We have all the foundations in (meaning the trail looks like a forest of 2 x 4's--but the walls go in next week.  The weather was *gorgeous*--clear, and in the high 70's (quite a change from the mid-90's we've still been having).

And, of course, still tending to the wee squirrel.  He had some rough days, to the point that I was convinced I was going to lose him, but he's a tough little guy and seems like he's pulled through.   For the first three weeks I had him I managed to avoid naming him (if you don't name the critters, it's easier to release them when the time comes).  But during this time I always approached his box with cautionary dread--would he still be alive, or would it be over.  Up until the moment I opened his box, he could be either--which led me one time to exclaim--who are you, Schrodinger's Squirrel??  And the name has stuck.

So that's where I've been.  I promise pictures next time.